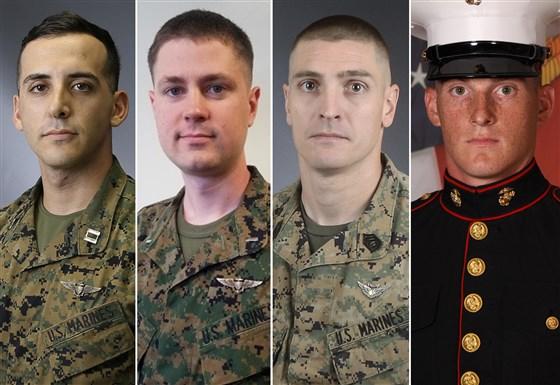 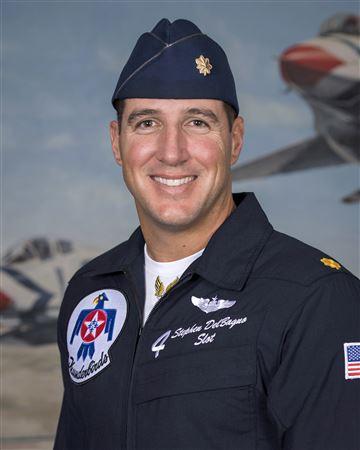 March is Women's History month.  It is a time for rememberance and celebration of the American spirit that drove so many famous women to heroic heights in our nations history.  From the American Revolution to today, women have played vital roles in the successful outcome of every American conflict.  This article contains highlights from only a few of the distinguished women that deserve a mention during this month.

Molly Pitcher was the nickname given to a woman who history tells us fought in the American Battle of Monmouth, NJ.  The woman is generally believed to have been Mary Ludwig Hayes McCauley. 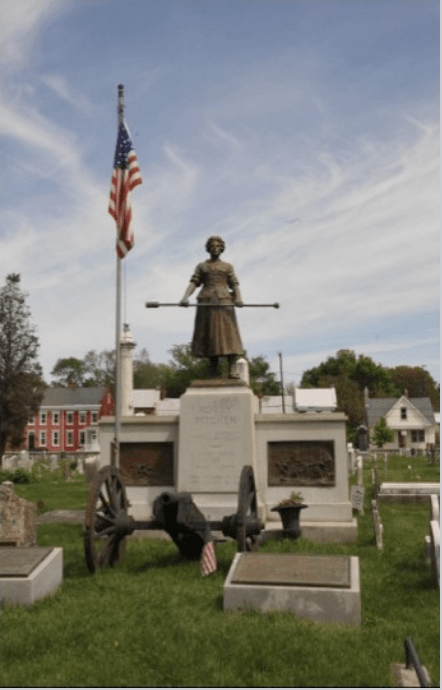 Her husband, William Hayes, enlisted in Proctor's 4th Pennsylvania Artillery in 1777.  During the winter of 1777 Molly joined her husband at Valley Forge, Pennsylvania.  She was among a group of women who washed clothes and cared for sick and dying soldiers of the war.  The battle of Monmouth occurred subsequently in June 1778.  Mary began attending to Revolutionary soldiers by giving them water from a spring.  Today, two places on the Monmouth battlefield are marked as locations for the "Molly Pitcher Spring."  The battlefield was under heavy fire from British troops during the time she was present.  During the battle her husband William collapsed and was carried off the battlefield.   Mary Hayes took up his duty at the cannon and she continued to swab and load the cannon using her husband's ramrod.  At one point in the battle a British musket ball flew between her legs and tore off the bottom of her skirt.  She went right back to work and continued loading the cannon.

In 1786, William Hayes died and in 1793  Mary married John McCauley who was also a Revolutionary War veteran. He later disappeared and no further record of him is known.   On February 21, 1822 at the age of 78 Molly was awarded an annual pension of $40 by the Commonwealth of Pennsylvania for her service during the Revolutionary War.  She died 10 years later and is buried in Carlisle, PA and is buried under the name "Molly McCauley." 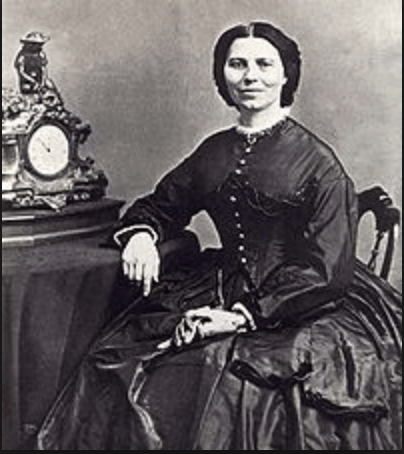 Possibly the most well-known woman who contributed significantly during the Civil War was the nurse named Clara Barton who went on to found the Red Cross.   She was born on Christmas day 1821 in North Oxford, Massachusetts.  Her father was a captain in the local militia.  Clara's Civil War efforts began following the April 19, 1861 Baltimore Riot that injured members of the 6th Massachusetts Militia.  She began helping by taking critical supplies and carrying for 40 soldiers.  By August 1862 Barton gained permission to serve on the front lines of battle.  Following the 1st Battle of Bull Run she placed a newspaper advertisement in Massachusetts asking people for supplies.  It resulted in a large influx of donated supplies for the troops.   Throughout the Civil War she was a witness to tremendous battlefield suffering and is known for doing everything within her power to ease the suffering. 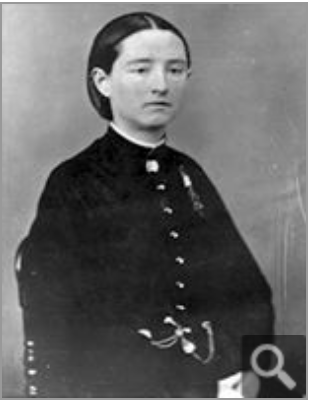 The United States has only ever had 1 female Medal of Honor Recipient.  In 1855 she earned a medical degree from Syracuse Medical College in New York.  She volunteered to serve as a surgeon at a temporary hospital outside Washington, DC following the outbreak of the Civil War.   She was subsequently captured as a spy by Confederate forces after she was caught crossing enemy lines to treat wounded civilians.   She was sent as a prisoner of war to Richmond, Virginia until being released in a prisoner exchange.  After the war, she was approved for the highest US Armed Forces decoration for bravery, the Medal of Honor.

Culp was born in Kileen, Texas on January 19, 1905.  She attended Mary Hardin Baylor College for Women, South Texas College of Law and Commerce, and the University of Texas Law School but she did not formally graduate from any of these.  During World War II she headed the War Department's Women's Interest Section before becoming the Director of the Women's Army Auxiliary Corps, which later became the Women's Army Corps (WAC).  The WAC was created to fill gaps left by the shortage of men during WWII.  The WAC were the first women, other than nurses, to wear U.S. Army uniforms and to receive military benefits such as the GI Bill.  As the Director of WAC she created admission standards, instituted a Code of Conduct that created a high quality organization.  Culp was promoted to the rank of Colonel and she received the Distinguished Service Medal for her efforts during the war.  She was the first Army woman ever to receive this award.

Admiral Hooper was born December 9, 1906 in New York City.  Her great-grandfather, Alexander Wilson Russell was also a Navy Admiral who fought in the Battle of Mobile Bay during the Civil War.  She graduated Phi Beta Kappa from Vassar College in 1928 with a bachelor's degree in mathematics and physics.  She earned a master's degree at Yale University in 1930 and in 1934 she earned a Ph.D. in mathematics from Yale. 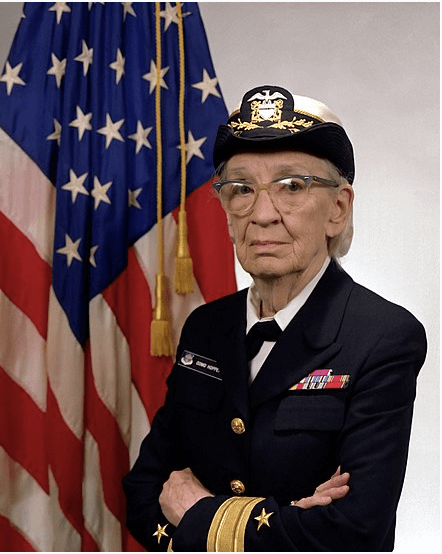 Grace tried to enlist early in the Navy during WWII but she was rejected for having a weight to height ratio too low for Navy standards.  In 1943, while on leave from Vassar, she was sworn into the US Naval Reserve (Women's Reserve), commonly known as the Women Accepted for Volunteer Emergency Service (WAVES).   She then trained at the Naval Reserve Midshipmen's School at Smith College in Northampton, Massachusetts.  She graduated first in her class and was assigned to Harvard University at the Bureau of Ships Computation Project.  Grace worked on the Mark I computer programming staff.

In the early 1950's she recommended the development of a new computer programming language that would be structured around the use of English words.   This idea was rejected until she published the first paper on compilers in 1952.  The computer programming language invented by Admiral Hopper went on to be known as the Common Business Oriented Language (COBOL), which today remains the most widely used language today.

As required by Navy regulations, Grace retired from the Naval Reserve at the rank of commander at the age of 60 at the end of 1966.  She was recalled to active duty in August 1967 for six months that turned into an indefinite assignment.   In 1973 Grace was promoted to captain.  A 60 minutes segment on Grace was aired in 1983 and it resulted in a joint resolution of Congress that led to her promotion to what became known as rear admiral.

After a 42 year career Admiral Hooper accepted mandatory retirement from the Navy in 1986.  She was awarded the Defense Distinguished Service Medal.  At the time of her final retirement she was 79 years old making her the oldest active-duty commissioned officer in the Navy.

Veterans are not accustomed to getting new Vet benefits from Uncle Sam but late in 2017 a really great new benefit for veterans started.   The benefit of shopping at the online military exchanges is no longer available only to retired veterans!  As of November 2017, veterans who were last discharged from military service under honorable conditions are now eligible to shop at online military exchanges. These include  ShopMyExchange.com, the Marine Corps Exchange, the Coast Guard Exchange, and the Navy Exchange Service. This new Vet benefit is available for all honorably discharged Veterans of all United States Armed Forces, including: Air Force, Army, Navy, Marines and Coast Guard as well as the Air Force Reserve, Army Reserve, Navy Reserve, Marine Corps Reserve, Coast Guard Reserve and National Guard.  All qualifying veterans, regardless of how long you spent in uniform, may now enjoy this new Vet benefit but its available online only. It does not give veterans access to any military base nor allow them to shop in-person at the exchange or commissary.

How do I use this new Vet Benefit?

It’s simple to obtain access to the new Vet benefit.  Veterans must visit their favorite online exchange to create a new account. In most cases, this will redirect the veteran to a special verification system VetVerify.org where they must enter a variety of personal information that is used to verify eligibility. Veterans discharged prior to 1983 may have to also submit discharge paperwork for review because not all older records have been digitized. So far only about 200,000 veterans have taken advantage of this new benefit out of almost 13 million who qualify.

The products purchased through the exchanges are tax free and a percentage of the revenue is used to benefit active duty Morale, Welfare and Recreation programs. The tax savings on large home products such as TVs, refrigerators, etc can offer substantial savings. Millions of Veterans still don’t even know they are eligible for this new benefit. If you know a Veteran please tell them to check out this new benefit today!